by David C. Schultz…”Emperor of all Penguin Photographers” The Sun

It’s not that’s it’s difficult to find penguins to photograph but getting to them is usually a whole different story. How difficult or long of a journey really depends on which species; there are 17, that you’re interested in capturing. My experience photographing them over many years has been limited to those found in the far southern hemisphere in Antarctica and the sub-Antarctica islands such as South Georgia Island. Like I said, getting there is another story!

As with much of what goes into capturing good images you have to know a bit about your subject, in this case things like, which species, do you want to see chicks, and what kind of terrain they like on shore. My trips South have always been ship based. We move around to different locations, usually doing two shore landings or perhaps a Zodiac cruise each day. Zodiacs, larger rubber inflatables, are used to get from ship to shore most of the time but on certain trips helicopters are also used. That’s the usually the case when trying to reach Emperor Penguins.

I’ve recently returned from my fourteenth voyage to Antarctica which is a fascinating place to visit even without the penguins being present. I’ve found that what typically comes to mind when people think of penguins, besides “Happy Feet” , is the Emperor Penguin, the largest and the most difficult to reach. It’s also one of the two truly Antarctic species along with the Adelie.

Reaching the Emperor Penguins takes an icebreaker and usually a helicopter since they’re going to be found on the sea-ice and in waters that are much more difficult to access. Once the icebreaker has “parked” in the fast-ice a helicopter takes us out to the base camp, a staging area, and then it’s usually about a two mile hike across the ice to reach the penguin colonies. The other ships I travel on are ice-strengthened and Zodiacs are used to get around. Before leaving the ship I’m checking to make sure camera settings and selected gear allow for that unexpected moment. This might be a penguin appearing on a beautiful iceberg as the Zodiac comes around a corner or a group of penguins porpoising alongside us as we’re cruising to shore.

So, I check the ISO, set the camera to shutter priority then crank up the shutter speed, image stabilization on, and the best lens selected for the possible conditions I might encounter. Two of my favorite lenses for this scenario are the Nikkor 28-300mm and the Nikkor 80-400mm. I seldom have a need for an extreme telephoto lens since the penguins are typically close at hand.

I remember one morning, right at sunrise, we were approaching the beach and the intense yellow and orange sky was beautifully reflected in the water along the shoreline. I noticed several small groups of King Penguins near the water so upon hitting the beach I immediately set off to capture shots of them before the sun came over the surrounding mountains. The intense colors in the water perfectly mimicked that of the feathers along the neck of the penguins. The opportunity was over within fifteen minutes or so and if I’d not been prepared I’d probably missed the shots which at the end of the voyage were some of my favorites.

It can be overwhelming when you first reach some of the beaches because of the sheer numbers of penguins in some colonies. I see it all the time when I take clients to Antarctica and I was guilty, if you want to use that term, of this myself. Where to begin, what’s actually interesting, or more to the point, what makes an interesting photo. You land on the beach and there might be several hundred thousand penguins, along with the other wildlife, so many that people are not sure where to begin! Perhaps a good problem to have when it comes to wildlife photography.

When I first head out I’ll usually start with capturing the grand scale and overall surroundings, including perhaps the weather conditions showing the penguins in their environment. Once I’ve captured a series of “reference shots” I then slow down, sit down, and just watch for a while. I’m constantly observing how the penguins are interacting with each other, with their nest, the egg they might be on, or a recently hatched chick. My favorite wildlife images are those that show some of the personalities of the subject, especially if a humorous caption quickly comes to mind.

There’s constant motion, and a lot of noise, around the colonies with the birds coming and going from nest to the ocean, feeding, bathing, stealing stones from each other for nest or looking for a mate This constant moving about can be good as it may present many different photo opportunities but it can also be a little frustrating at times when trying to frame a shot so you have to learn to anticipate possibilities. Under the right conditions I look for a spot along the shore where the penguins are coming and going. It might be a sandy beach or one that is rocky or where there’s a high lip of snow they have to jump over as they rocket out of the water.

I’m always looking for a way to frame a subject within something in the scene too. I spent over an hour sliding across the ice one afternoon trying to coax some penguins to a spot I’d marked so I can get them framed within a hole in an iceberg.

I’d seen the berg earlier in the day but the sun was at the wrong angle so I went back later and fortunately the penguins, especially the chicks were very curious and followed me as I moved away from the rookery. So, watch for something that can frame a shot or help to isolate the main subject from the chaos.

Depending on the time of year and the species of penguins the colonies can get VERY ripe “stinky” to put it mildly. There can be lots of penguin pooh, on the ground and on the penguins. Later in the season, January to March this is especially more obvious making it more important to select a place from which to shoot. Your best bet is to catch the penguins exiting the water when their feathers are clean and wet and it’s also when they’re more animated. I spend a great deal of my time down at the water’s edge, especially if there’s a bit of surf coming in.

One morning while photographing Chinstrap penguins the light was really bad, it was late morning, very cloudy and the only angle I could shoot from pretty much required the penguins to be back-lit. I decided to go to an extreme to show the motion of the penguins going into and coming out of the surf. I used a slow shutter speed with the help of a 2 stop ND filter and fired away. The motion of the waves along with that of the birds made for some interesting photos to a feel for the battle they have just getting into the sea.

Using a low point of view with a wide angle lens may also add interest to the image rather than shooting downward at the birds. If you just sit and hang out quietly on the beach you’re very likely to have the penguins coming right up to you, and your camera. If you leave something sitting around it’s all fair game for closer inspection.

I’ve gone from the wide-angle view which will including the landscape and perhaps other wildlife, closer shots of individual penguins, couples or nesting birds, some action in the surf and next would be details. Again, catch the birds as they leave the water is a prime location because you might catch water droplets on their feather which will also now be nice and clean.

Exposing for penguins can be a little tricky because you’re usually working with just black and white feathers which might have highlights from water and perhaps some snow. It’s very important to keep an eye on your histogram making sure you’re not blowing out the whites thereby losing details in the feathers. It’s truly amazing to see just how much detail there is.

In the end, and like with much of photography, there’s a lot of sitting around watching and waiting for something interesting to happen. Each trip South becomes a bit more of a challenge, trying to find a new perspective or to improve on something you’ve shot before. My next trips to Antarctica is still in the works. If you have any questions or comments please let me know.

Planning a trip to Antarctica? Here’s a link to an early post regarding what you might want to pack, and what to leave behind! 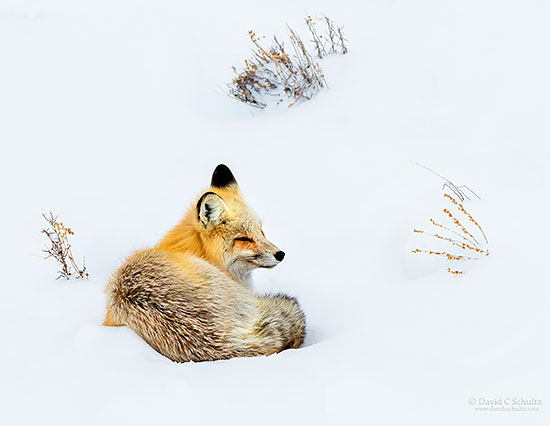